The Bluegrass stream is suitable for those with at least a ‘competent beginner’ ability on any of the traditional acoustic bluegrass instruments: Guitar, Fiddle, Mandolin, Banjo, and Upright Bass.

I’m thrilled to be teaching Blueskies Bluegrass this year! I’ve been playing Bluegrass and various roots styles for just over 25 years. I have navigated my way through bluegrass, old time, singer-songwriter, folk, various traditional fiddle styles (Irish, Texas, Canadian..), jam bands, rock and likely some others that I’m forgetting.

Starting with the basics – I’ll go over chords and rhythm through basic song structure, rhythmic embellishments and interaction. I’ll cover some basic theory items like the chord number system and I’ll do my best to simplify all of the music lingo that’s out there that can seem overwhelming and confusing.

Within the idiom of bluegrass I’ll go over some specifics of the style including how to improvise a solo, how to learn the melody, how to ‘jam’, the importance of dynamics, how to back up other instruments…. and most of all – We’ll be playing!!! The best way to learn is to start doing!

More advanced concepts may be touched on including the influence of swing, jazz and classical – songs with ‘weird chords’ – incorporating flow into music – and modern harmony.

I will be teaching and encouraging the development of good learning habits though joy and rhythm. I’ll be sharing my hills and valleys of development like what got me out of a rut, the importance of listening and playing along with recorded music as well as jamming, practice away from your instrument and much more.

I’m looking forward to the summertime picking, singing and grinning that awaits us! 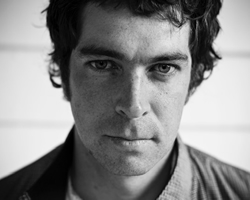 Joey Wright is a Juno-nominated songwriter, composer, multi-instrumentalist and performer from Toronto. Joey is well known for his lyrical and inspired guitar and mandolin playing. He is also highly regarded for his compositions and songwriting.

Joey was one of the leading lights in the explosive bluegrass, old time and traditional country scene in Toronto in the 90’s and 2000’s. Joey joined Jenny Whiteley’s band in 1999, and their first two albums (Jenny Whiteley & Hopetown) both won Juno awards for Best Roots Traditional Album. In 2005 Joey joined Sarah Harmer’s band to record the album I’m A Mountain which earned him a gold record. In 2007 Joey collaborated with Jesse Zubot, Steve Dawson, Dan Whiteley and Joe Phillips to create his own album, Jalopy. Jalopy received a Juno nomination for Best Instrumental Album. He has since recorded the acclaimed albums Hatch, Tuxedo! (with Christine Bougie), Country Music, and Satie on the Beach (with Luke Mercier) among others.

With an honours degree in music from Humber College, Joey has over 20 years teaching experience. In addition to private instruction, Joey has taught at music workshops all over Canada including ArtsWells in BC and the Old School Bluegrass Camp in Ontario.

Joey and his wife Jenny Whiteley and their two daughters have been living in the Lanark Highlands since 2002.